 Arrival at the airport and transfer to the hotel
 Free time, welcome dinner Overnight in at the hotel in Tbilisi 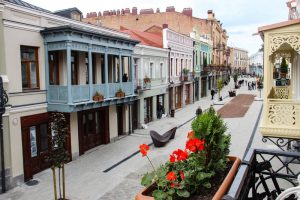 Day 2: Guided tour in Tbilisi
Breakfast at the hotel, Sightseeing in Tbilisi, the capital of Georgia Founded in the 5th century by the monarch of Georgia’s ancient precursor Kingdom of Iberia
 Metekhi church – a church and a fort which served also as a king’s residence; dates back to the 12th century and literally means “the area around the palace”
 Narikala Fortress – an ancient fortress overlooking Tbilisi, The fortress consists of two walled sections on a steep hill between the sulphur baths and the botanical gardens of Tbilisi. On the lower court there is the recently restored St Nicholas church
 The sulfur bath – based mostly in the Abanotubani region of Tbilisi, has been a tradition in Tbilisi going back hundreds of years. The city’s abundance of sulfur springs have been harnessed and used to naturally heat the pools which bathers use to unwind, relax, and gossip about local news.
The bridge which stretches 150 metres over the River Mtkvari was designed by the Italian architect Michele De Lucchi ordered by the City Hall of Tbilisi to create a contemporary design feature connecting Old Tbilisi with the new district.
 The Anchiskhati Basilica of St Mary is the oldest surviving church in Tbilisi dating from the sixth century
 The Sioni Cathedral of the Dormition bears the name of Mount Zion at Jerusalem. To the left of the altar is the venerated Grapevine cross which, according to tradition, was forged by Saint Nino, a Cappadocian woman who preached Christianity in the Caucasus in the early 4th century
 Rustaveli Avenue – often considered the main thoroughfare of Tbilisi due to a large number of governmental, public, cultural, and business buildings that are located along or near the avenue.
 National Museum – preserves and exhibits a unique collection of natural and human history. The collections of the National Museum cover the history of the country, starting from animal remains dated back to 40 million years
 Overnight at the hotel in Tbilisi 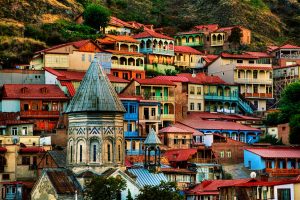 Day 3: Tbilisi – Bodbe – Signaghi + Georgian Vine degustation
Breakfast at the hotel and departure to Kakheti. The regions is famous with The eastern region of Kakheti (კახეთი) is Georgia’s premier wine-producing area. Almost everywhere you go, you’ll be invited to drink a glass of wine and it’s easy to find yourself wandering around in a semipermanent mellow haze. Kakheti is also rich in history: here you’ll find the incredible monastery complexes many beautiful churches, castles and mansions
In Kakheti we will visit: Bodbe Monastery – one of the major pilgrimage sites in Georgia, due to its association with St. Nino, the 4th-century female evangelist of Georgians, whose relics are shrined there. From the monastery garden you can enjoy wonderful views of Alazani Valley with its famous vineyards, later we will move to Signagi (city of Love) with its XVIII town wall
At the end of the day there will be vine degustation at Georgian typical cellar followed by Dinner 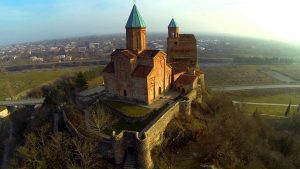 Day 4: Trip around Kakheti Sinaghi – Tsinandali – Gremi – Alaverdi – Tbilisi
Breakfast in the hotel and departure towards Tsinandali – noted for the estate and its historic winery which once belonged to the 19th-century aristocratic poet Alexander Chavchavadze (1786–1846). constructed a new Italianate palace and built a decorative garden in 1835. It was the place where Chavchavadze frequently entertained foreign guests with music, wit, and – most especially – the fine vintages made at his estate winery (marani). Familiar with European ways, Chavchavadze built Georgia’s oldest and largest winery where he combined European and centuries-long Georgian winemaking traditions. The highly regarded dry white Tsinandali is still produced there. Here we can taste local vine in a beautiful garden.
Later we will move to visit:
 Telavi- Administrative center of Telavi
 Gremi (16th-century architectural monument – the royal citadel and the Church of the Archangels)
 Alaverdi Cathedral (The second tallest religious building in Georgia, The monastery was founded by the Assyrian monk Joseph Alaverdeli, who came from Antioch)
Back to Tbilisi, overnight at the hotel 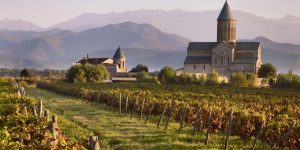 Day 6: Kutaisi
Breakfast at the hotel and departure to Kutaisi (Western Georgia) was the capital of the ancient Kingdom of Colchis . Archaeological evidence indicates that the city functioned as the capital of the kingdom of Colchis in the VI-V centuries BC. Believed that, in Argonautica, a Greek epic poem about Jason and the Argonauts and their journey to Colchis, author Apollonius Rhodius considered Kutaisi their final destination as well as the residence of King Aeëtes. From 978 to 1122 CE, Kutaisi was the capital of the united Kingdom of Georgia, and from the 15th century until 1810, it was the capital of the Imeretian Kingdom.
Here we will visit: Bagrati Cathedral and Gelati Monastery
The construction of Bagrati Cathedral, named after Bagrat III, the first king of united Georgia, started at the end of the 10th century and was completed in the early years of the 11th century. Although partly destroyed by the Turks in 1691, its ruins still lie in the centre of Kutaisi. The Gelati Monastery, whose main buildings were erected between the 12th and 17th centuries, is a well-preserved complex, with wonderful mosaics and wall paintings. The cathedral and monastery represent the flowering of medieval architecture in Georgia. 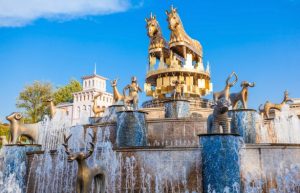  Sataplia caves and natural reserve
Sataplia Nature reserve is mountainous, it’s great area is covered by most beautiful and multifarious wood strain Colchian type mixed forests. Mountainous Sataplia is located at 500 m. above sea level. Here we meet 5 carts caves which are famous for their beauty, the beauty of this cavern is a cupola-shaped hall, located in 100 m. from the entrance, where the size and beauty of stalactites and stalagmites in the centre astonishes visitors. At the end of the cavern flows the spring which flows into the well, after that the water goes on in narrow impassable clefts and finds its way out in the south slope of the Sataplia Mountain as Oghaskura. There is an extinct volcano crater in the Nature Reserve. The highest top is at 520 m. above sea level.
In the evening back to Tbilisi 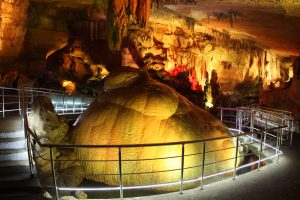 Day 7:
 Breakfast at the hotel and departure to Mtkheta, ancient capital of Georgia
Mtkheta- Located about 20 km north of Tbilisi at the confluence of the Aragvi river. Became a UNESCO World Heritage Site in 1994, due to its historical significance and several cultural monuments; As the birthplace and one of the most vibrant centers of Christianity in Georgia, Mtskheta was declared as the “Holy City” by the Georgian Orthodox Church.
During the trip to Mtkheta you will visit Svetitskhoveli catedral -, known as the burial site of Christ’s mantle, has long been the principal Georgian church and remains one of 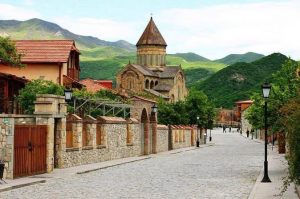 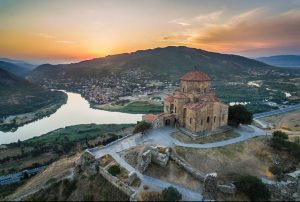 the most venerated places of worship to this day. Also, Jvari monastery standing on the rocky mountain top at the confluence of the Mtkvari and Aragvi rivers, overlooking the town of Mtskheta
Back to Tbilisi Free time
Day 8
 Transfer to the airport 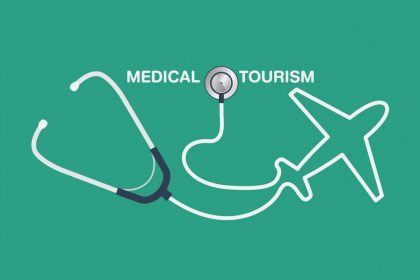 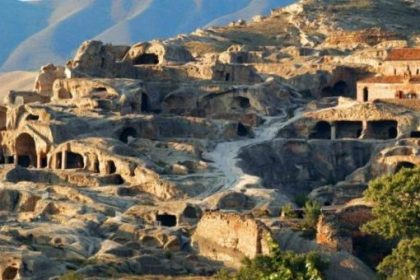 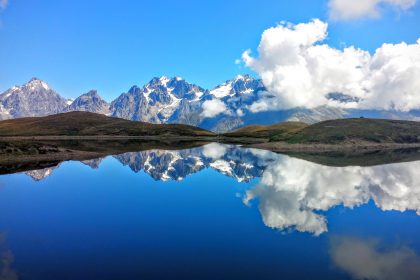 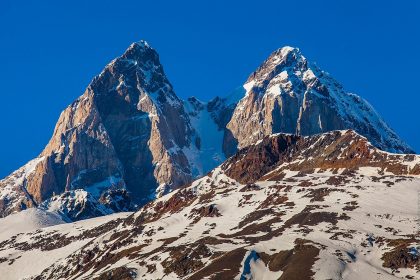