 Arrival at the airport and transfer to the hotel
 Free time, welcome dinner with folklore show (Georgian dances and songs at the typical restaurant) the first intro to
Georgian and its culture.
 Overnight in at the hotel in Tbilisi 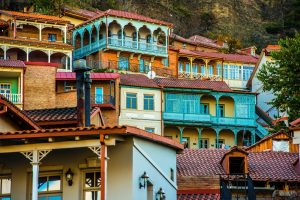 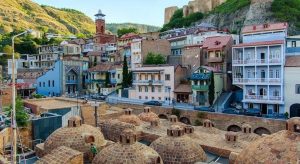 Day 2: Guided tour in Tbilisi
Breakfast at the hotel, Sightseeing in Tbilisi, the capital of Georgia Founded in the 5th century by the monarch of Georgia’s ancient precursor Kingdom of Iberia
 Metekhi church – a church and a fort which served also as a king’s residence; dates back to the 12th century and literally means “the area around the palace”
 Narikala Fortress – an ancient fortress overlooking Tbilisi, The fortress consists of two walled sections on a steep hill between the sulphur baths and the botanical gardens of Tbilisi. On the lower court there is the recently restored St Nicholas church
 The sulfur bath – based mostly in the Abanotubani region of Tbilisi, has been a tradition in Tbilisi going back hundreds of years. The city’s abundance of sulfur springs have been harnessed and used to naturally heat the pools which bathers use to unwind, relax, and gossip about local news.
The Peace bridge which stretches 150 metres over the River Mtkvari was designed by the Italian architect Michele De Lucchi ordered by the City Hall of Tbilisi to create a contemporary design feature connecting Old Tbilisi with the new district.
 The Anchiskhati Basilica of St Mary is the oldest surviving church in Tbilisi dating from the sixth century
 The Sioni Cathedral of the Dormition bears the name of Mount Zion at Jerusalem. To the left of the altar is the venerated Grapevine cross which, according to tradition, was forged by Saint Nino, a Cappadocian woman who preached Christianity in the Caucasus in the early 4th century
 Rustaveli Avenue – often considered the main thoroughfare of Tbilisi due to a large number of governmental, public, cultural, and business buildings that are located along or near the avenue.
 National Museum – preserves and exhibits a unique collection of natural and human history. The collections of the National Museum cover the history of the country, starting from animal remains dated back to 40 million years
 Overnight at the hotel in Tbilisi

 Breakfast at the hotel and departure to Mtkheta, ancient capital of Georgia
 Mtkheta- Located about 20 km north of Tbilisi at the confluence of the Aragvi river. Became a UNESCO World Heritage Site in 1994, due to its historical significance and several cultural monuments; As the birthplace and one of the most vibrant centers of Christianity in Georgia, Mtskheta was declared as the “Holy City” by the Georgian Orthodox Church. 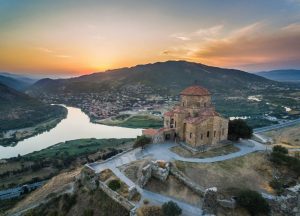 During the trip to Mtkheta you will visit Svetitskhoveli catedral -, known as the burial site of Christ’s mantle, has long been the principal Georgian church and remains one of the most venerated places of worship to this day. Also, Jvari monastery standing on the rocky mountain top at the confluence of the Mtkvari and Aragvi rivers, overlooking the town of Mtskheta
Degustation of Georgian vines and Georgian dishes cooking master class at the typical Georgian wine cellar will finish the day. You can discover and enjoy Georgian hospitality
Back to Tbilisi, overnight at the hotel

Day 4: Breakfast in the hotel and departure to Svaneti
Beautiful, wild and mysterious, Svaneti is an ancient land locked in the Caucasus, so remote that it was never tamed by any ruler. Uniquely picturesque villages and snow-covered, 4000m-plus peaks rising above flower-strewn alpine meadows provide a superb backdrop to the many walking trails. Svaneti’s emblem is the koshki (defensive stone tower), designed to house villagers at times of invasion and local strife. Around 175koshkebi, most originally built between the 9th and 13th centuries, survive here today.
 Arrival to Mestia a highland townlet in upper Svaneti region.
 Sightseeing in Mestia, ethnographical Margiani museum – an ancient Svaneti’s housing estate
 dinner at the hotel


Day 5
Breakfast at the hotel
 Svaneti National museum
Mestia’s excellent main museum ranges over church treasures, manuscripts, weaponry, jewelery, musical instruments and historical photos, wonderful 10th-to-14th-century icons from Svaneti’s churches, fashioned in silver or painted in tempera on wood having a uniquely human and touching quality
 Moving up to Zuruldi mountain / Lunch at Zuruldi Situated at a height of 2340 m, the Zuruldi restaurant near the town of Mestia is the highest restaurant in Georgia’s Svaneti region, The views from the restaurant are breathtaking facing two biggest mounts of the Caucasus Ushba and Tetnuldi
 Village Latali – Museum under open air preserving about 80 oldest orthodox churches
 Evening at the hotel

Day 6
Breakfast at the hotel
 Trip To Ushguli -a community of four villages is considered to be the highest continuously inhabited settlement in Europe.
Ushguli is located at an altitude of 2,410 meters near the foot of Shkhara, one of the highest summits of the Greater Caucasus mountains. It is a fortified settlement of the Middle Ages consisting of traditional Svan towers, dwelling houses and an ancient church of the 11 th century, Lamaria, with impressive wall frescos. Ushguli architectural complex is a valuable architectural and historical monument entered in the list the World heritage of UNESCO for its exclusiveness.
Visit of Lamaria church, museum of icons, Towers of Queen Tamara, Ushguli Ethnographic Museum.
Back to hotel in the evening, farewell dinner with typical Svan dishes 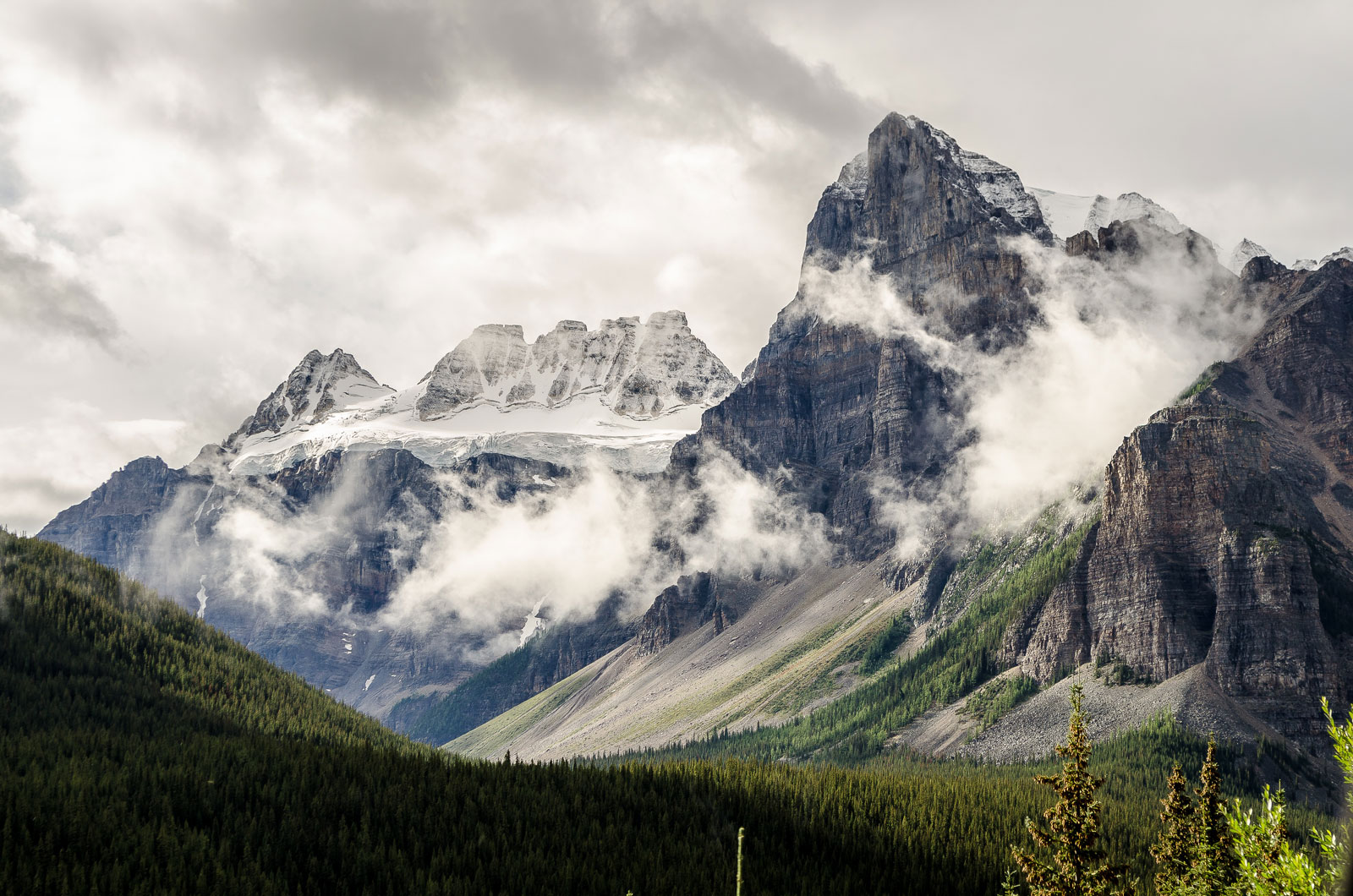 Day 7: Departure to Tbilisi Free time in Tbilisi
 transfer to the airport 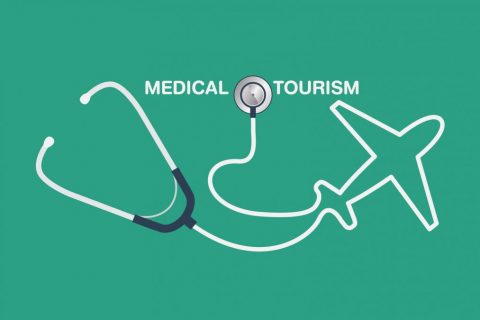 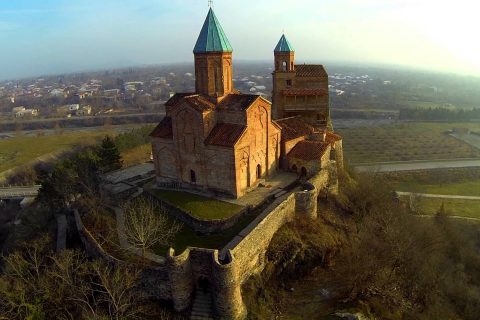 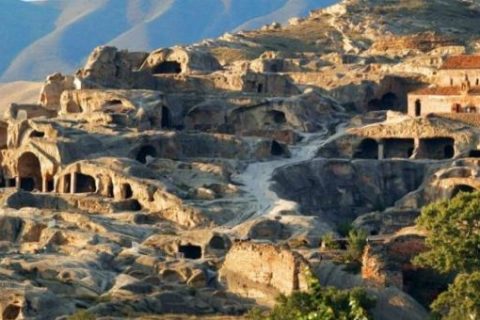 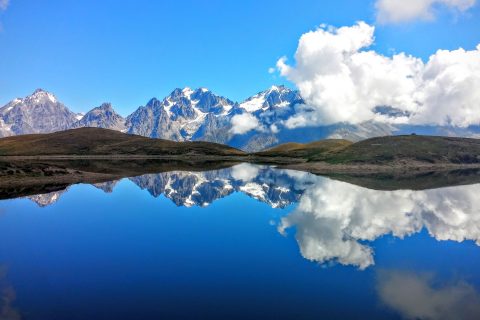